By Victor Simon, an intern at Trinity Park Conservancy, and part of the Mayor’s Intern Fellowship Program. For his internship, he is researching and exploring different sites and features along the Trinity River.

The Trinity Overlook serves as a neighbor “pocket park” providing access to the Dallas Floodway and the Trinity Skyline Trail. Residents of the nearby neighborhoods and business districts can enjoy this special place for hiking, biking, picnics, photography, and casual family outings. The overlook is a good place to hang out with your friends you get to enjoy the breeze and the view of downtown. 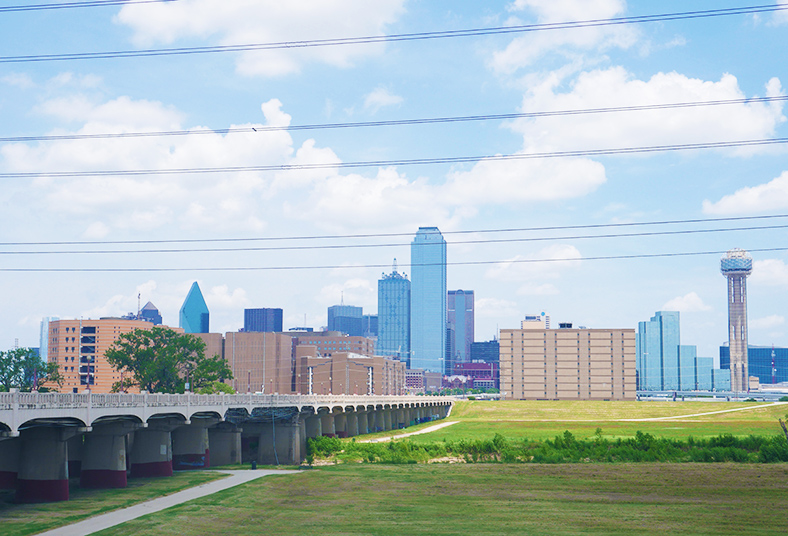 The park is located on the side of Commerce and Beckley Street. Next to the overlook, in between the levees are large open fields, ideal for activities such as 7v7 games or small soccer games. 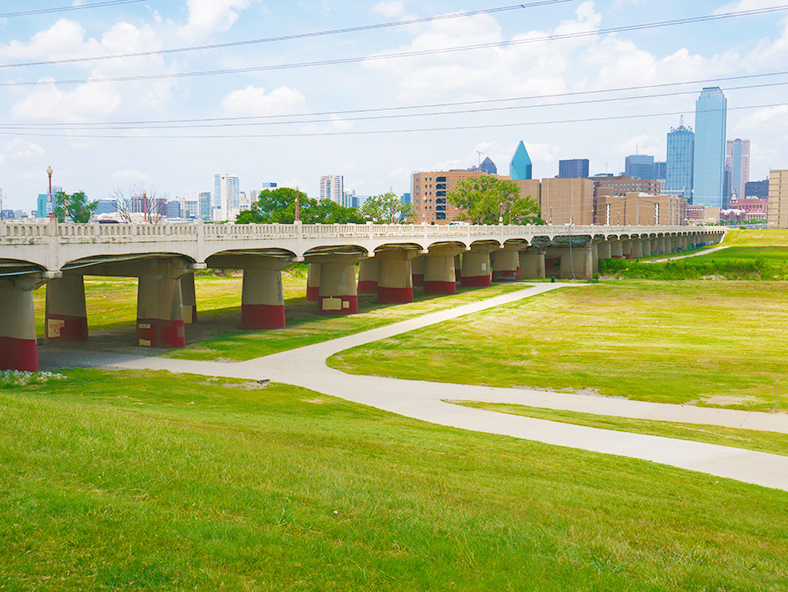 When I went on my site visit it was a nice place to go, there was a cool breeze that I enjoyed while viewing the park. At the overlook there is a gravel trail that goes under Margaret McDermott bridge and there is a smooth paved trail that people can use to exercise.

The paved trail is known as the Trinity Skyline Trail, it is 4.6 miles long and the future plans are to connect it to the Santa Fe Trestle Trail. This entire system will also connect to the Trinity Strand Trail upon its completion.

The Trinity Skyline Trail allows residents and visitors to explore the Trinity River in downtown Dallas. The paved trail currently connects to a pedestrian bridge and park formerly known as the Continental Avenue Bridge. Now the bridge is named after former Dallas Mayor Ron Kirk.

At the bridge, there were some things that I think should be added to make the bridge even better. I think water fountains should be added around the bridge for people who come out and walk the bridge or just come to sit, this will be helpful during the day when it’s hot outside and joggers or visitors don’t bring any water. 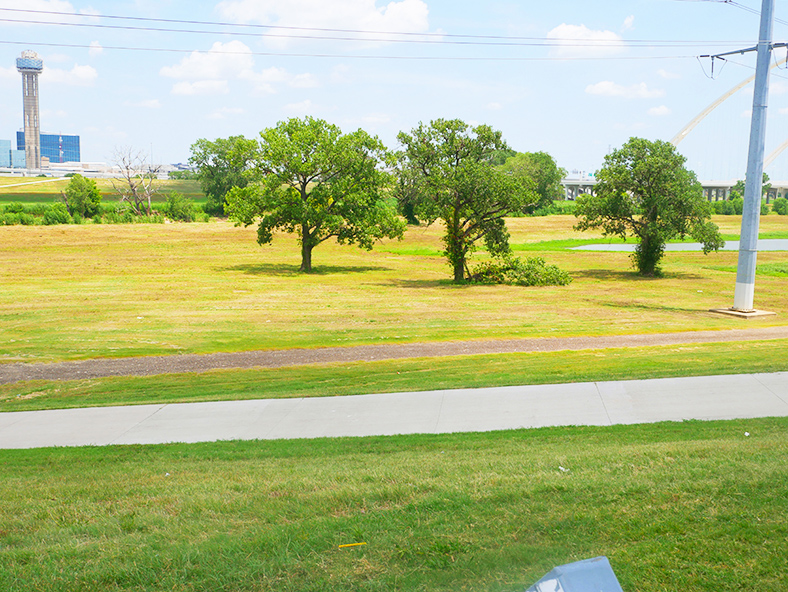 In the future in between the Ronald Kirk Pedestrian Bridge and Interstate 30 Harold Simmons Park will be built near the Trinity River. Most people say Dallas is divided in an economic and racial way so the conservancy has come up with an idea on how to get more people to come out and hang together. 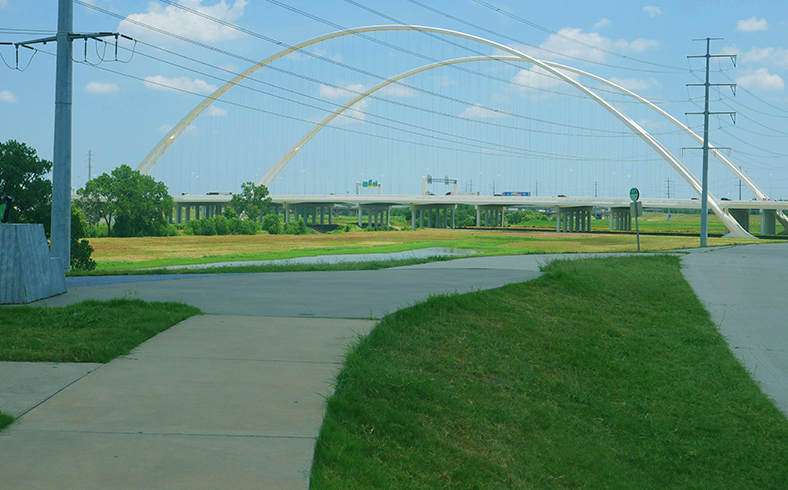 Brent Brown envisions the 200- acre park between the Trinity Leeves as a tool to mold Dallas into a more cohesive city. Brown is the president and CEO of Trinity Conservancy, a nonprofit instrumental to funding and designing Harold Simmons Park. The organization is part of a public-private partnership with the City of Dallas and works closely with the Trinity River Corridor Local Government Corporation.

Once the Park is built you will see people from different areas of Dallas coming out having a good time. The Park might also help bring in more income to the City of Dallas due to all the restaurants that are near the Trinity River.

Further north on the Trinity Skyline Trail is Trammell Crow Park, which is not too far from the Ron Kirk Bridge, maybe 6 minutes away is a nice area. 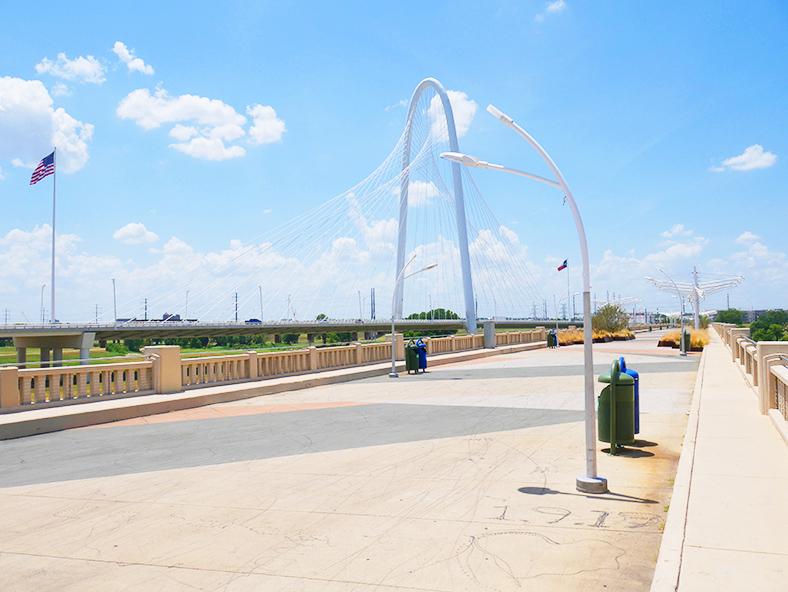 Trammell Crow Park was very clean there wasn’t really any trash around it as I walked the trail. There isn’t much shade in that area so I wouldn’t recommend going out there when the sun is out, but overall it is a good place to hang out. If you have kids they might want to play around or take pictures by the cow statues. 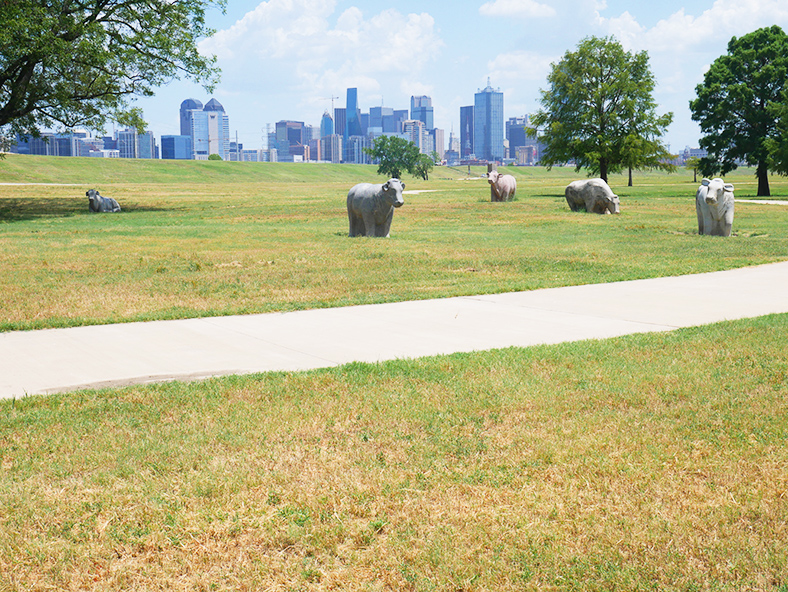 When you go across the river on the trail there is a wooden dock that is surrounded by tall grass and a swamp like area you can go on and it gives you a great view of Skyline Downtown Dallas. 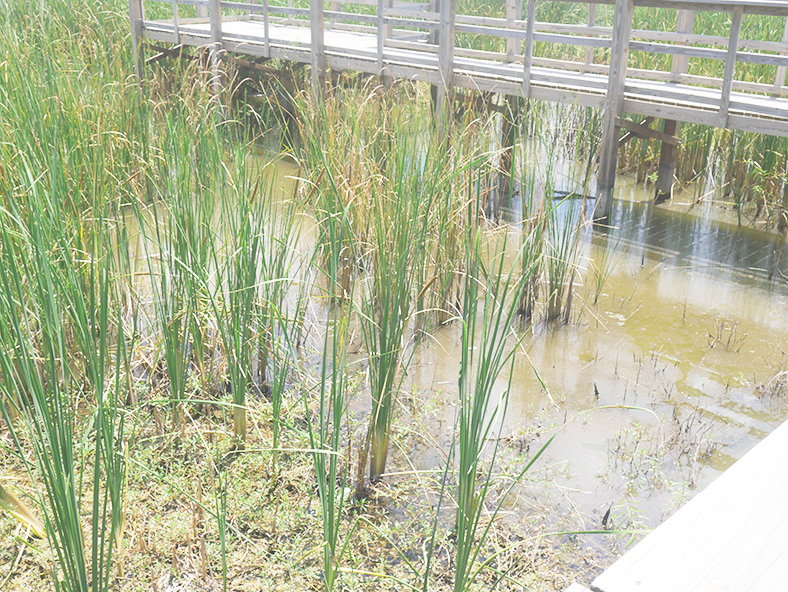 What are some changes that you would like to be made or what should be added to the bridge? If you would like to find out more information about the upcoming park you can visit the website  https://trinityparkconservancy.org/the-park/.

Victor Simon is a rising senior at Kimball High School where he is a part of their varsity football and track teams.